Here's the bus that we ran for! 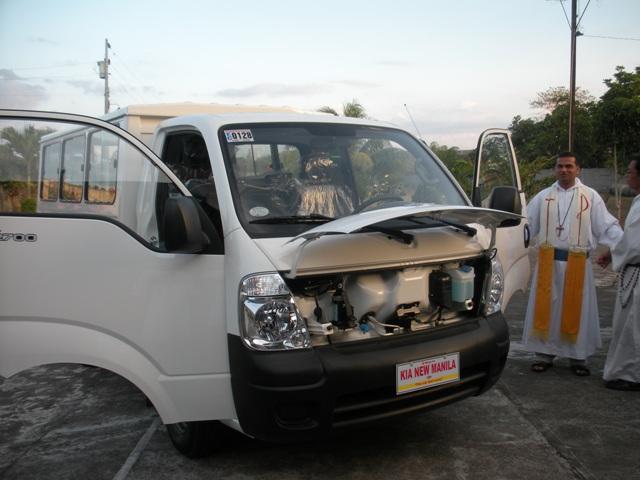 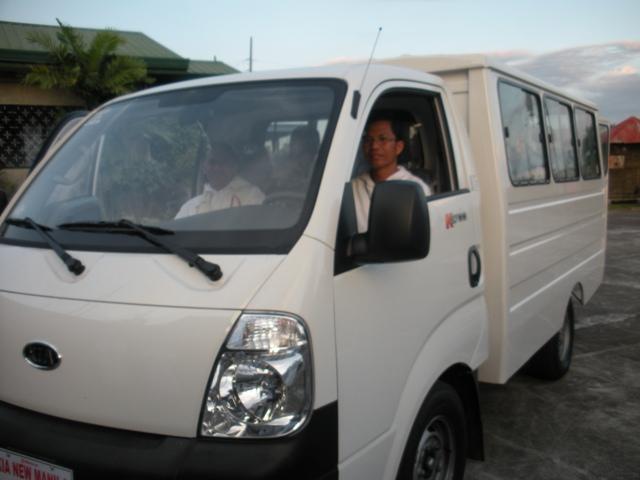 After six months of heavy rains which have destroyed part of the Philippines, the brothers at the Missionaries of the Poor school in Naga have finally been able to use the money that we raised to buy a bus! The bus will transport children from the dump in Naga, where they live, to the school just outside the city.

Father Ambrose, one of the Missionaries of the Poor in Naga, sent his heartfelt thanks to everyone who contributed towards the bus. He said, "We're very grateful for this help for our poor children. Please extend our gratitude to the principal, Mrs. Basham, teachers, parents and children of St. Thomas Aquinas Catholic School for their wonderful effort."

We were finally able to announce the incredible amount of money that we raised for MoPSA in order to buy the bus for the poor children of the Philippines. Father Payne, the chairman of MoPSA came to school to receive the cheque for £16000 from Mrs. Basham and other members of the school! Well done everyone in England and Spain. It was an amazing donation. Thank you! 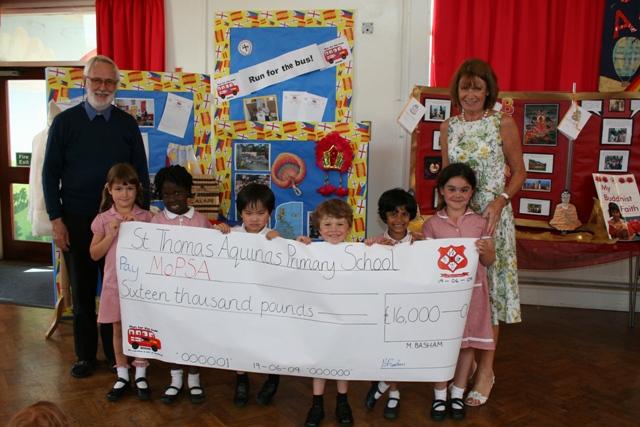 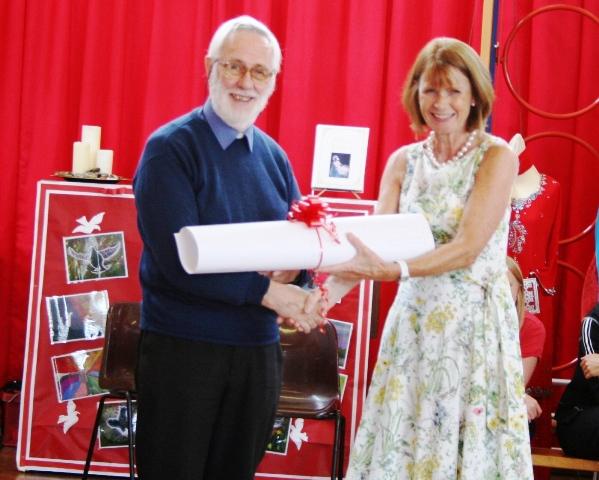 Run for the Bus in Spain!

The children of CEIP Felix Rodriguez de la Fuente joined the children at St. Thomas Aquinas in doing a charity fun run as part of the international fundraising effort. It was extremely hot in Murcia (almost 40ºC!) when the children did the run, but everyone in the school took part and it was a magnificent day. Thank you to everyone in Spain who organised the run and to everyone who raised money for the bus in the Philippines. Well done! 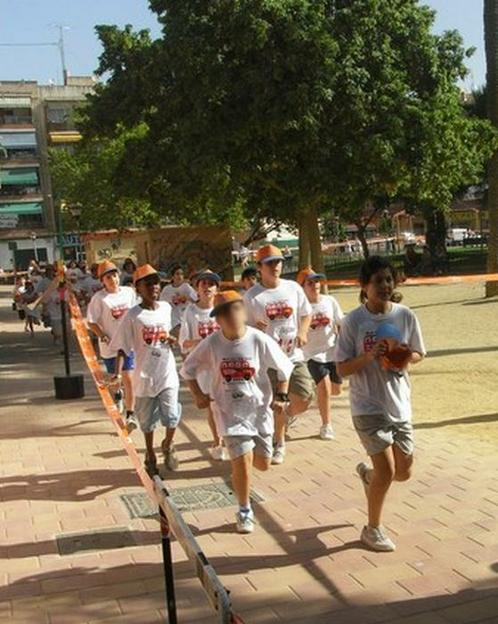 Run for the Bus report

tWe had a fabulous, fun filled, festive day! The weather was perfect for running and the steel band brought a real 'carnival' atmosphere. Father Payne opened the day and got the run started along with celebrities Paul Grayson, assistant head coach for Northampton Saints and a member of the winning 2003 England World Cup Squad, and Mark Spatcher of Northampton Neptunes Basketball team. We had some serious long distance runners, novelty runners, members of the parish and Father Michael and of course all the children ran. Entertainment was provided by the Filipino dancers, our Spanish dancers, the steel band and bouncy castles. Mrs. Diaba and other parents ran a successful refreshment stall and helped to raise additional funds. 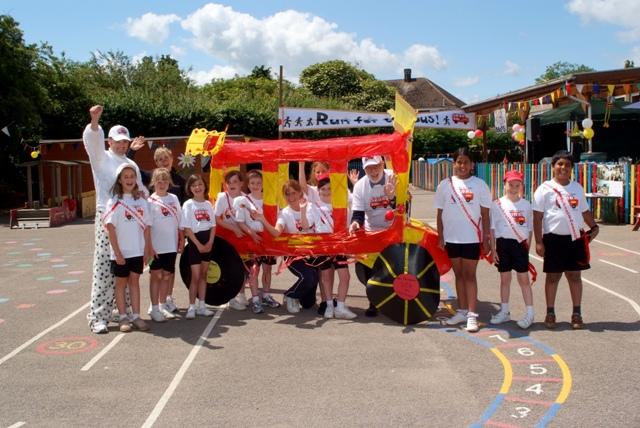 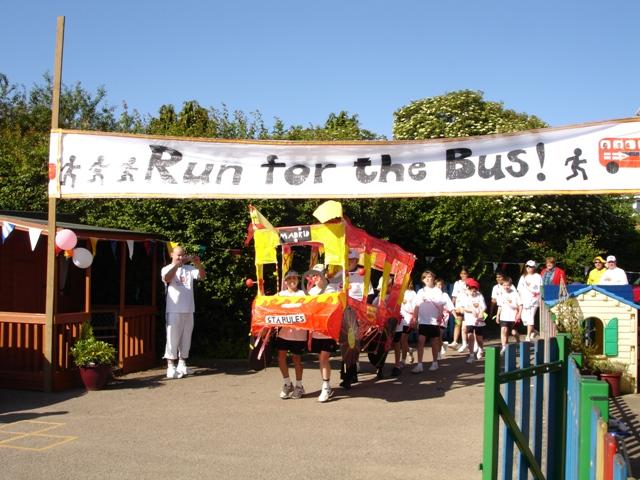 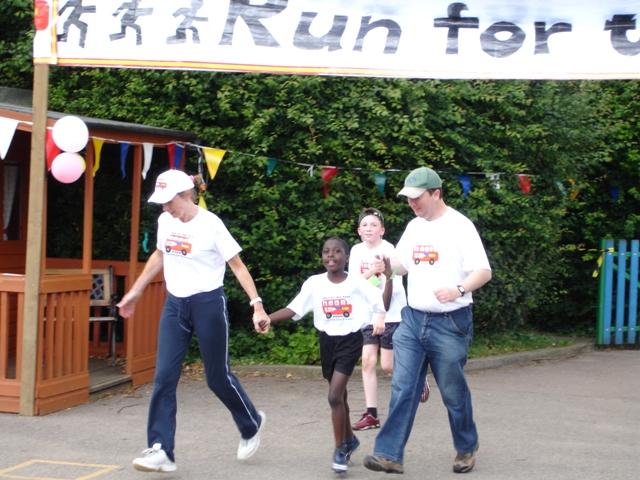 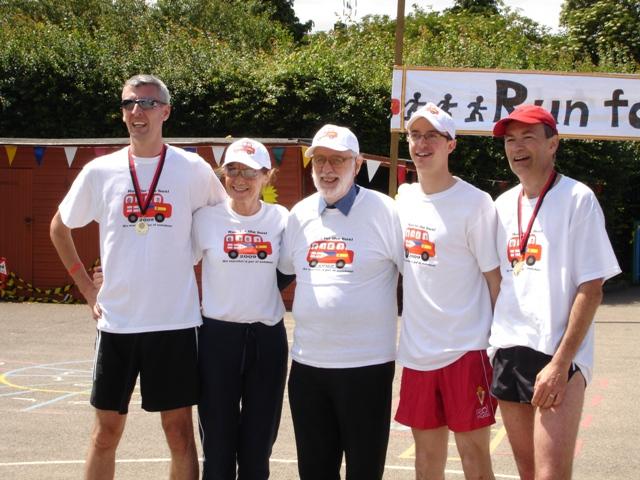 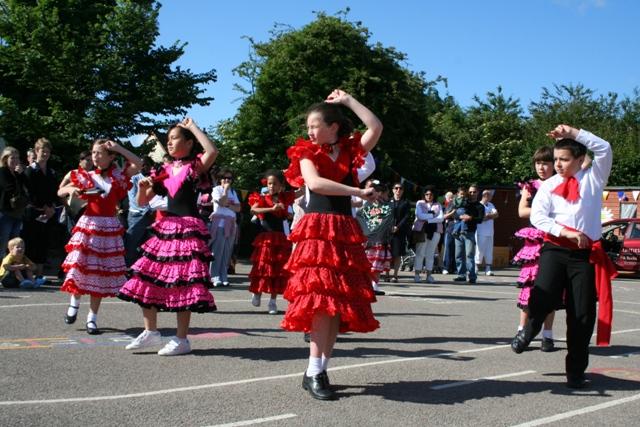 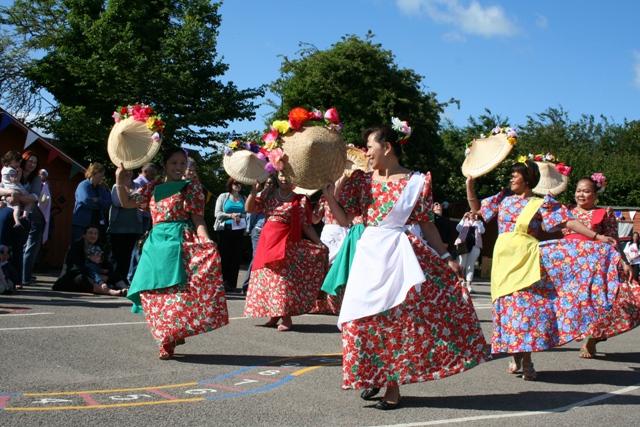 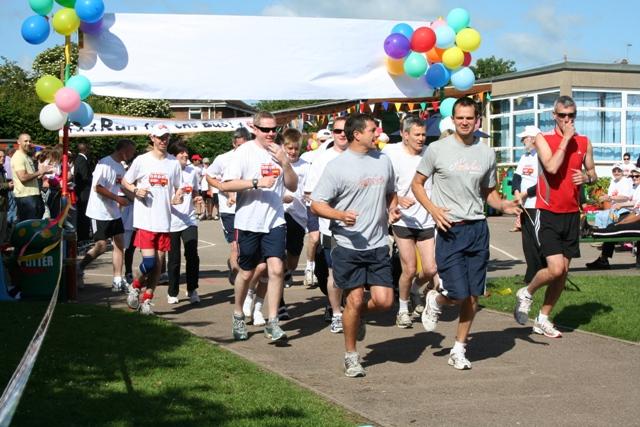 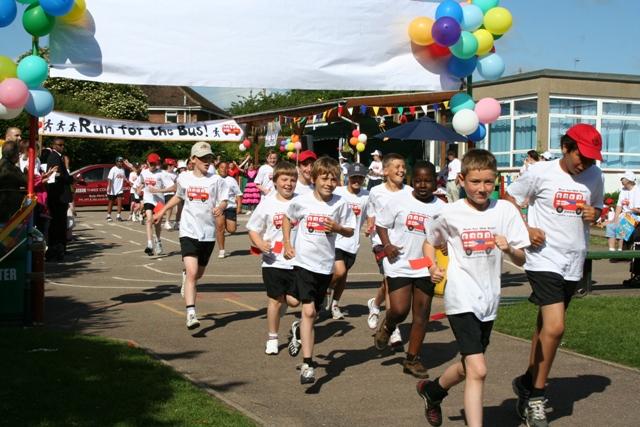 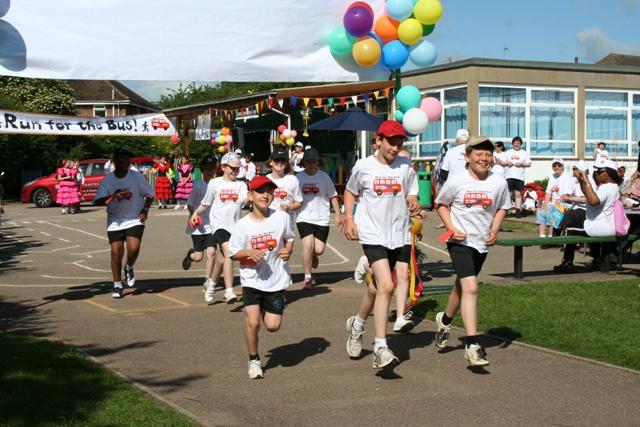 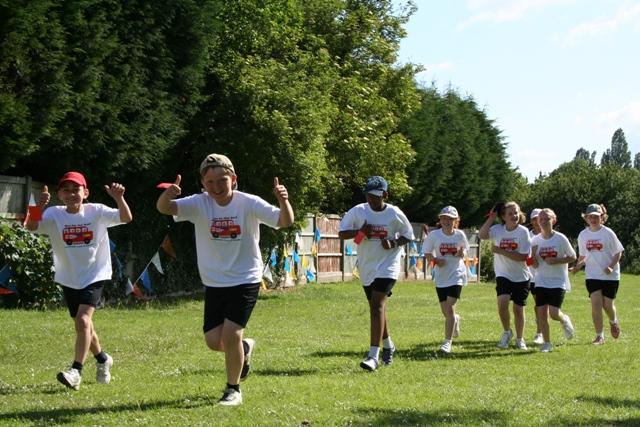 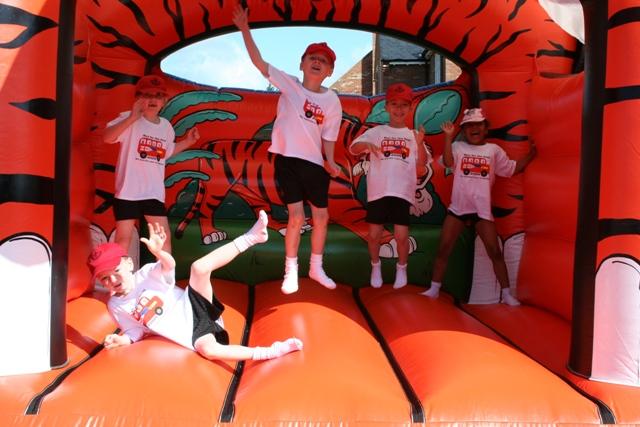 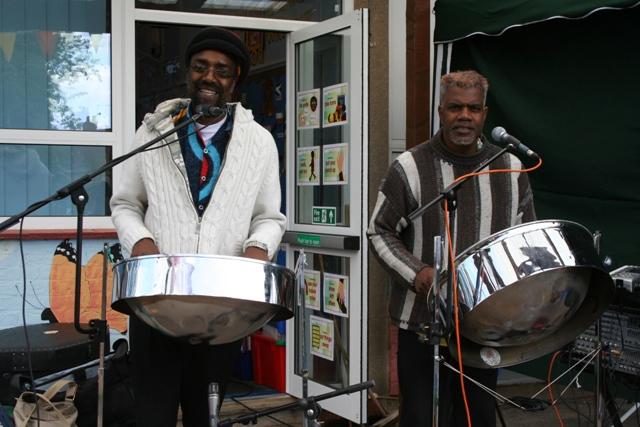 Timetable for the day

School will start at 7.50am on the day of the run. If parents are there to pick children up, they can leave at 2pm.

Parents are welcome to run with their children. See below to find out when your child's class is running.

The main school gates will be closed at 8am. If, for whatever reason, you cannot manage to bring your child to school for the early start, please can you use the back gate for safety reasons.

Timetable for the day
7.50 School starts - registration and prayers
8.30 Official start of Run for the Bus - Father Payne will do a lap with novelty runners and invited guests.
Videoconference with Spain will also start at this time.
8.45 Performances by Filipino dancers, flamenco dancers, steel band and Natalie Chua on the playground.
9.15 Serious runners and year 6 will start running.

Everyone at St. Thomas Aquinas is getting ready for Run for the Bus by training exceptionally hard. Children have been encouraged to get themselves fit and prepared for a long run on Friday 19th. There are many children who have impressed by doing extra training at home on top of the practice we have been doing in PE lessons and at athletics clubs at school. Make sure your run is worth while - get as many sponsors as you can! We want to raise as much money as we can. Sponsorship forms are due in now.

Félix Rodríguez get on board!

Félix Rodríguez are well and truly on board with Run for the Bus. During half term, Mr. Phillips went out to Murcia to deliver the official Run for the Bus t-shirts to our friends in Murcia. Everyone at our twin school is very excited about the run and they were proud to show off where they will be running. The year 5's even practised a few laps in front of the camera.

Unfortunately not the ones with chocolate chips.

Some cookies are necessary in order to make this website function correctly. These are set by default and whilst you can block or delete them by changing your browser settings, some functionality such as being able to log in to the website will not work if you do this. The necessary cookies set on this website are as follows:

Cookies that are not necessary to make the website work, but which enable additional functionality, can also be set. By default these cookies are disabled, but you can choose to enable them below: